The competitive landscape in the German e-scooter market

The four e-scooter startups Lime, Tier, Voi and Circ are fighting for market shares across several cities in Germany. Who is winning and why? 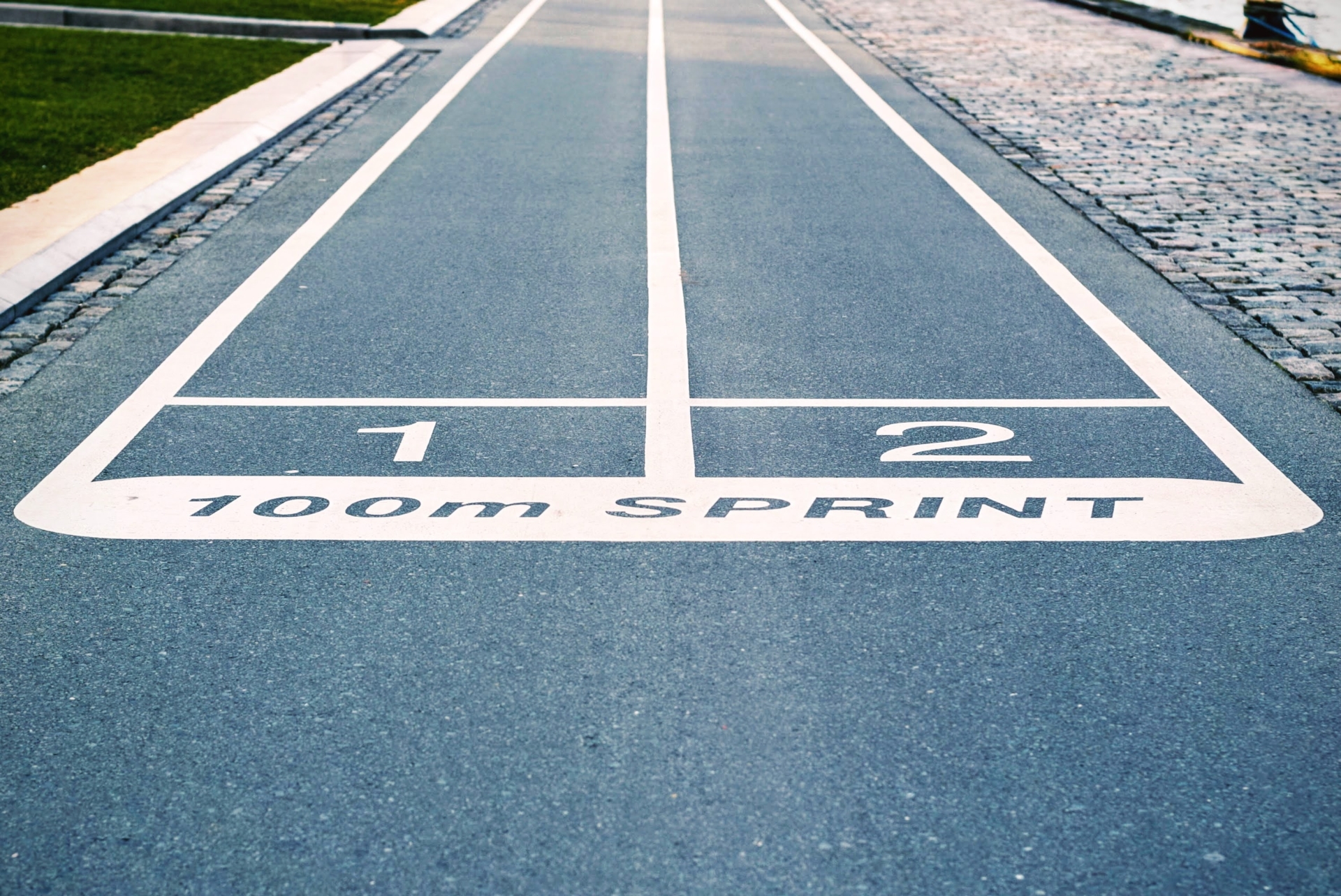 Exactly one month after the start of the e-scooter craze in Germany, we take a look back on four weeks of wild press coverage ranging from pure hysteria to outright disappointment. In our early-June newsletter edition, we shared data-driven insights into the first two weeks of e-scooter operations in Germany. Our findings were widely shared across the Twittersphere and got picked up by several media outlets, including Financial-Times backed Sifted and Gruenderszene.

To keep you up-to-date, we decided to extend our estimated download analysis to a full-month time frame and drill down data to city level for a more detailed view of the competitive environment in Germany.

As our four-week download trend chart illustrates below, we are dealing with four major e-scooter operators in Germany so far: Tier, Lime, Circ, and Voi. They each managed to capture a sizable share of app downloads with Tier emerging as the winner of month #1. We are still curiously waiting for other well-known players such as Wind, Hive, Bolt, and Bird to make a move in Germany.

Disclaimer: These numbers do not represent conventional market shares. For accurate market shares, the number of rides by operator would be needed as users are likely to download multiple apps. Unfortunately, this data is not available. However, we are confident that our estimates provide a solid proxy and appropriately represent the increase in the number of app downloads in Germany over the past four weeks. For our estimates, we mainly relied on daily app store rankings. The data has been corrected for Lime’s biking operations as we only looked at an increase in downloads compared to pre-launch numbers.

What’s highly interesting: the change in downloads by weekdays. Similar to the US, where 40% of users tend to download scooter apps on Saturdays and Sundays, roughly 35% of downloads in Germany take place over the weekend. Since other research illustrated that most e-scooters in Berlin are used around the city’s tourism hotspots (see Berlin scooter heatmaps), we believe that a large segment of scooter users are tourists and leisure users rather than commuters.

Drilling it down to city level

We focused on the five biggest cities in Germany as smaller cities have so far only attracted one or two operators each.

To drill our app-download analysis down to city level, we had to change our methodology. The below data charts represent what we call “share of interest”. As a proxy to compute consumer interest over time, we leveraged Google Trends and analyzed scooter related queries for each operator (e.g. “TIER scooter, “TIER e-scooter” and so on).

Here is what we found out in regards to “share of interest” by city:

What’s highly interesting: The share of interest varies quite significantly from city to city:

How to explain all of this?

There are four major arguments that might explain the varying performance of the four major scooter providers across different cities.

Our best-guess: Yes. But according to our data: not really!

Supply and demand are closely interlinked. Companies with more e-scooters placed across the city will naturally attract more users, one would assume. Hence, any share of app downloads or interest must be benchmarked with the respective supply that is available. Unfortunately, no officially reported data is available that offers reliable numbers of available scooters rolled out in each city. We tried to contact all scooter providers as part of this research. However, we were not able to obtain reliable data from any of them before publishing this article.

Fortunately, others have done (part of) the work for us. Broadcasting company RBB counted the number of scooters in Berlin via regularly comparing available vehicles within the scooter apps of all major operators. Fun fact: their data didn’t match the figures that scooter companies reported to the city government.

Munich, on the other hand, seems to offer the most equal playing field as each scooter provider was capped at 1,000 scooters to be deployed within the city center. We would expect that all scooter providers maxed out this limit.

Looking at the supply figures for Berlin and Munich, we can conclude that supply doesn’t seem to correlate with our demand estimations (measured via share of interest). Munich is a good example: Despite strict local restrictions, Tier is the clear winner in the Bavarian capital. Maybe because they entered into a partnership with the local transport authority.

In Berlin, we also see a large delta between supply and demand. Tier was able to outperform both Circ and Voi in terms of share of interest while having significantly fewer scooters on the streets.

Our best-guess: (Surprisingly) no!

As we still have a couple of months left before the first e-scooters are expected to break down, we had a look at the app store ratings to collect any clues regarding quality differences. Surprisingly, Tier has accumulated the lowest average rating among the German “Big 4”. So again, no visible correlation here as Tier is largely considered the preliminary winner of the scooter rat race in Germany so far (see above).

While everyone should take app ratings with a big pinch of salt, we checked out Tier’s negative reviews in more detail. A significant share of Tier’s complaints seems to be about their limited service area (meaning city coverage) as well as payment issues. It appears that many people downloaded the Tier app to then find out that they couldn’t use any scooters because there was no vehicle nearby around, or if there was, the payment didn’t go through.

It will be interesting to see how ratings and reviews will change over time as users get more familiarized with e-scooters in general and the user-base shifts beyond early adopters towards a broader range of customers. We expect the difference in the quality of hardware, maintenance, and service level to become more noticeable over the long term. This, however, will only partially affect first-time downloads.

PS: A quick survey in our office crowned Circ as the Lufthansa Innovation Hub favorite.

During the first four weeks, the market has evolved quickly and roll-out speed seems to have played a major role in explaining the varying share of interest and download estimations. In Frankfurt, for example, Tier was the first to market while Circ launched only weeks later. So far, Circ hasn’t been able to catch up and Tier remains the clear overall winner in Frankfurt as of today.

The size of the area equipped with scooters seems to also impact demand. In Berlin, market leader Lime covered the largest area of right from the beginning, using the same “service area” that the company also uses for its bike-sharing operations. Followers Tier and Circ started almost simultaneously but with a relatively smaller area within Berlin. Since then, both companies have continuously expanded their business area and now cover almost the entire inner-city area like Lime. Voi seems to have a different approach with a special focus on the central tourist areas.

While we believe that operators’ service area has had a measurable effect during the early launch phase, we will continue to evaluate whether this will remain a key differentiator in the long-run. City governments might play a critical role here, as they try to push new mobility offerings to areas outside the city center.

We had a look at the launch promotions run by the different providers to boost their market entry. Since we didn’t witness a “voucher war”, promotions don’t seem to have played a major role. On average, new users across all scooter apps were able to get a 5–10 EUR discount via available codes which we found on major voucher websites. Tier did offer a generous signup bonus during pre-launch (five free rides) which might explain part of their early success. In Berlin, Lime ran a big launch-party on June 30th (in fact the day Lime scored its biggest share of interest) but it didn’t seem to have made a big difference over the full four weeks.

One important differentiator might be pricing, though. The most-common pricing structure in Germany so far has been 1 EUR for unlocking the scooter and 15 cents per minute as rental time. In cities with higher income levels (e.g. Hamburg, Munich) Lime and Tier decided to increase prices up to 20 cents per minute. Interestingly, Voi plays a proportionally bigger role in Hamburg and Munich where they are offering a price-discount of 5 cents per minute over their competitors vs. other cities with equal pricing levels.

It’s important not to forget that we are at the very beginning of the e-scooter journey in Germany. In the light of the recent unit economics discussions involving Bird, the ultimate goal will be to determine which startups are able to build a sustainably profitable business and thus stay in the scooter game for the long-run. We are excited to see that two Berlin-based operators (Tier and Circ) have already gained a European-wide footprint. But as the market matures, any local first-mover advantage will likely fade. We expect global economies of scale through procurement, operational, brand and acquisition excellence to become the key success factor.

Over the next few weeks, we will provide you with additional market insights, so stay tuned. One particularly important aspect which we were not able to dive into at this point are differences in marketing and user-acquisition strategies. If you have any insights on this, please reach out to us at hello@travelandmobility.tech. 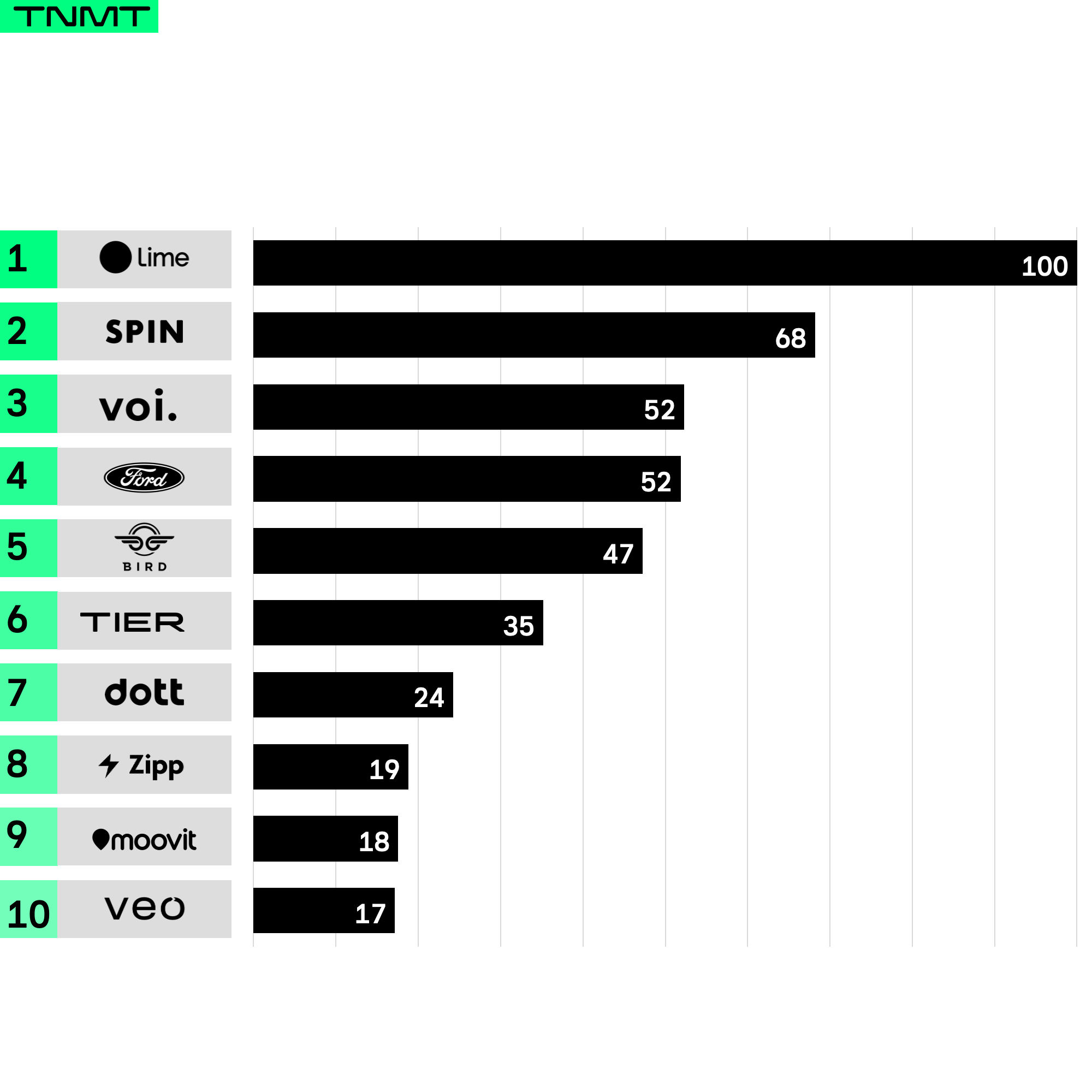 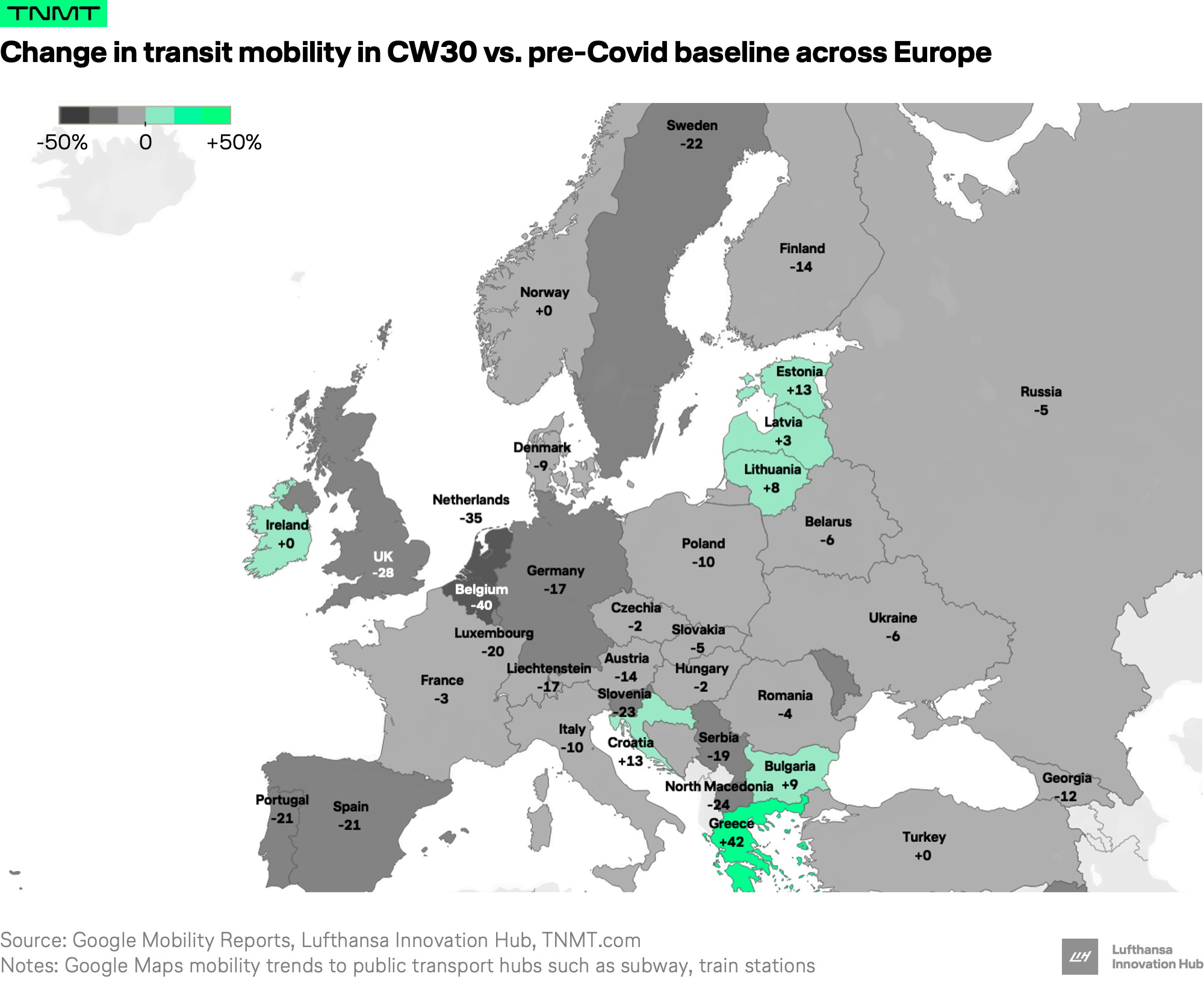 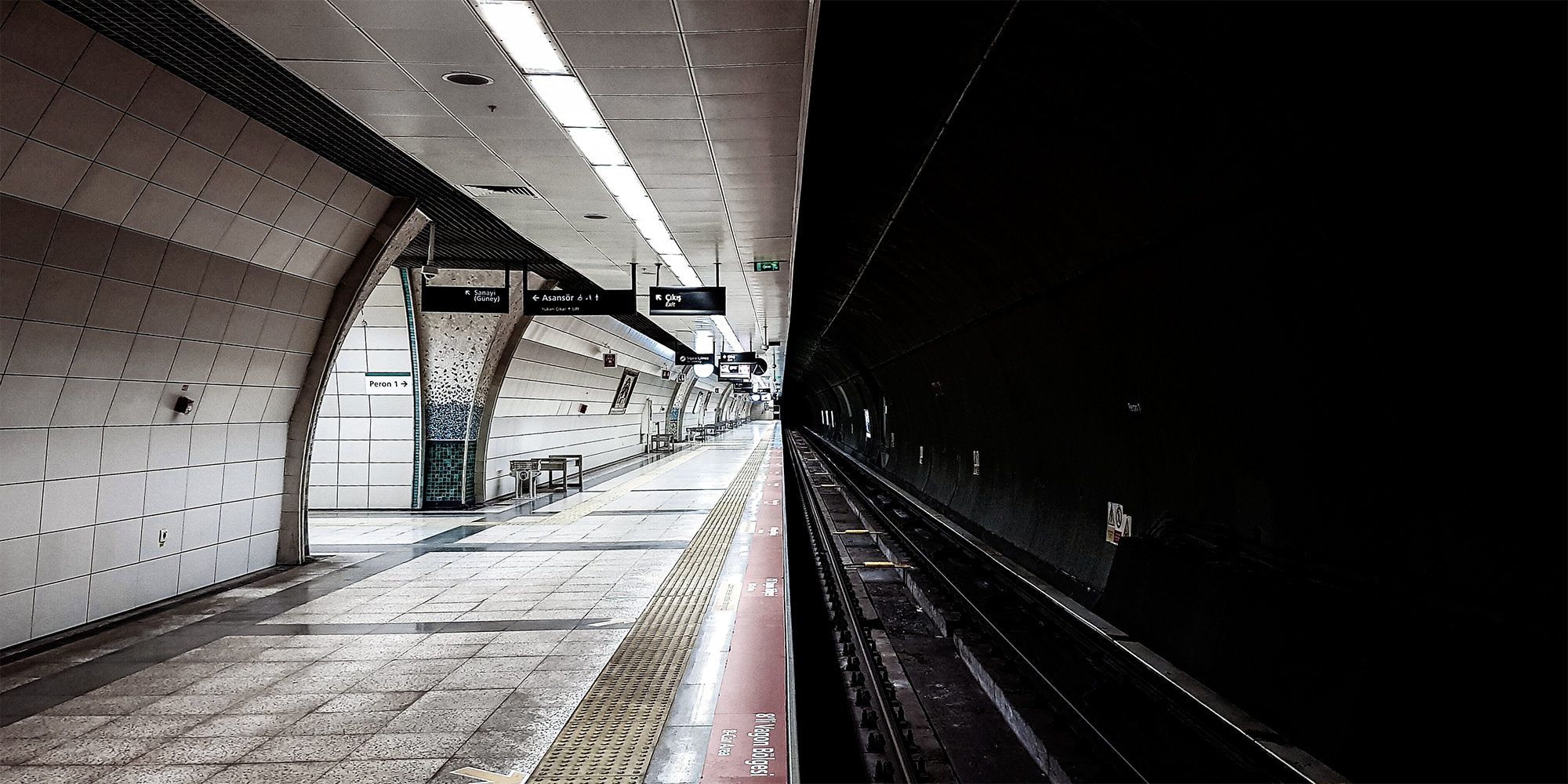 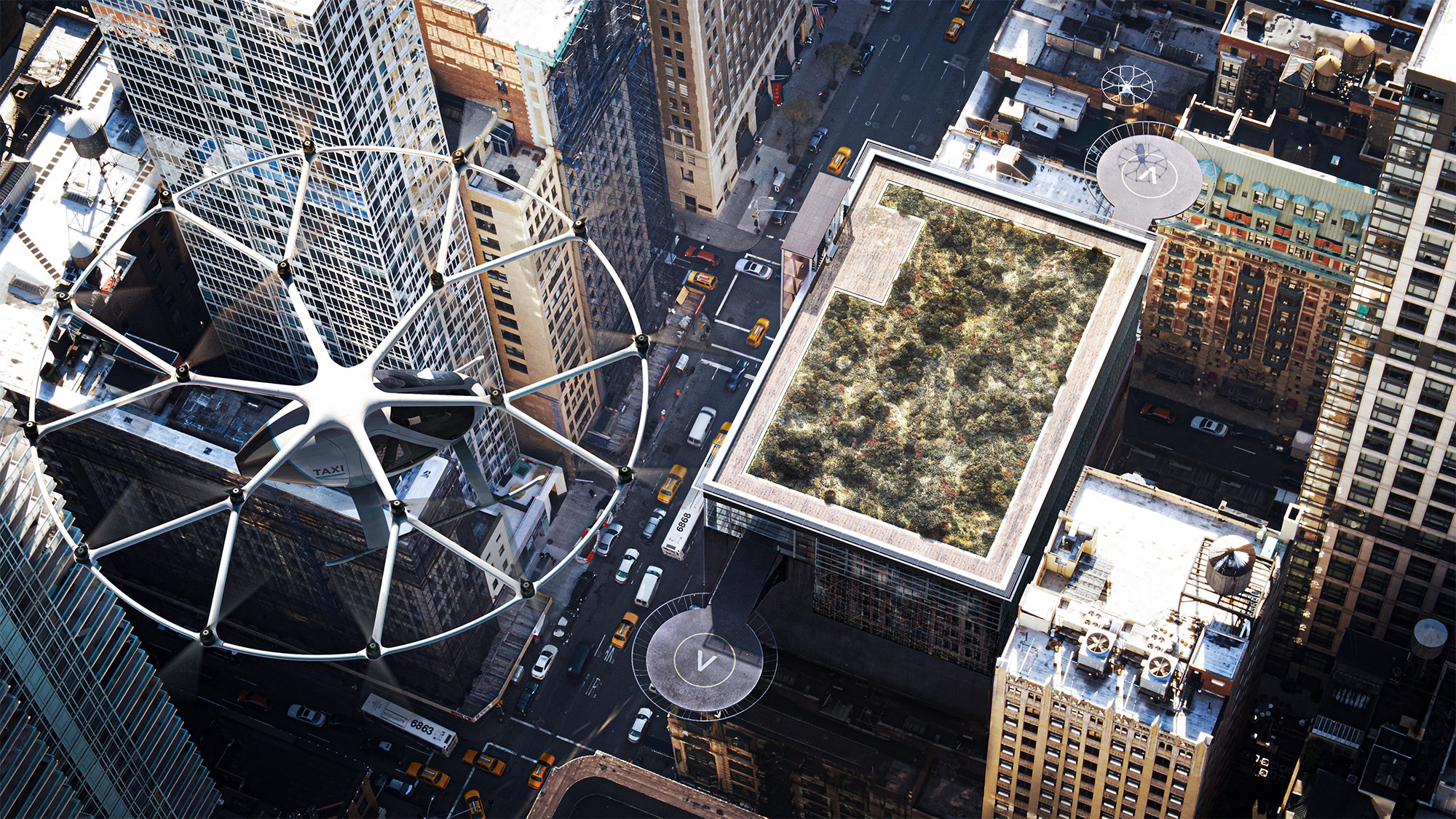 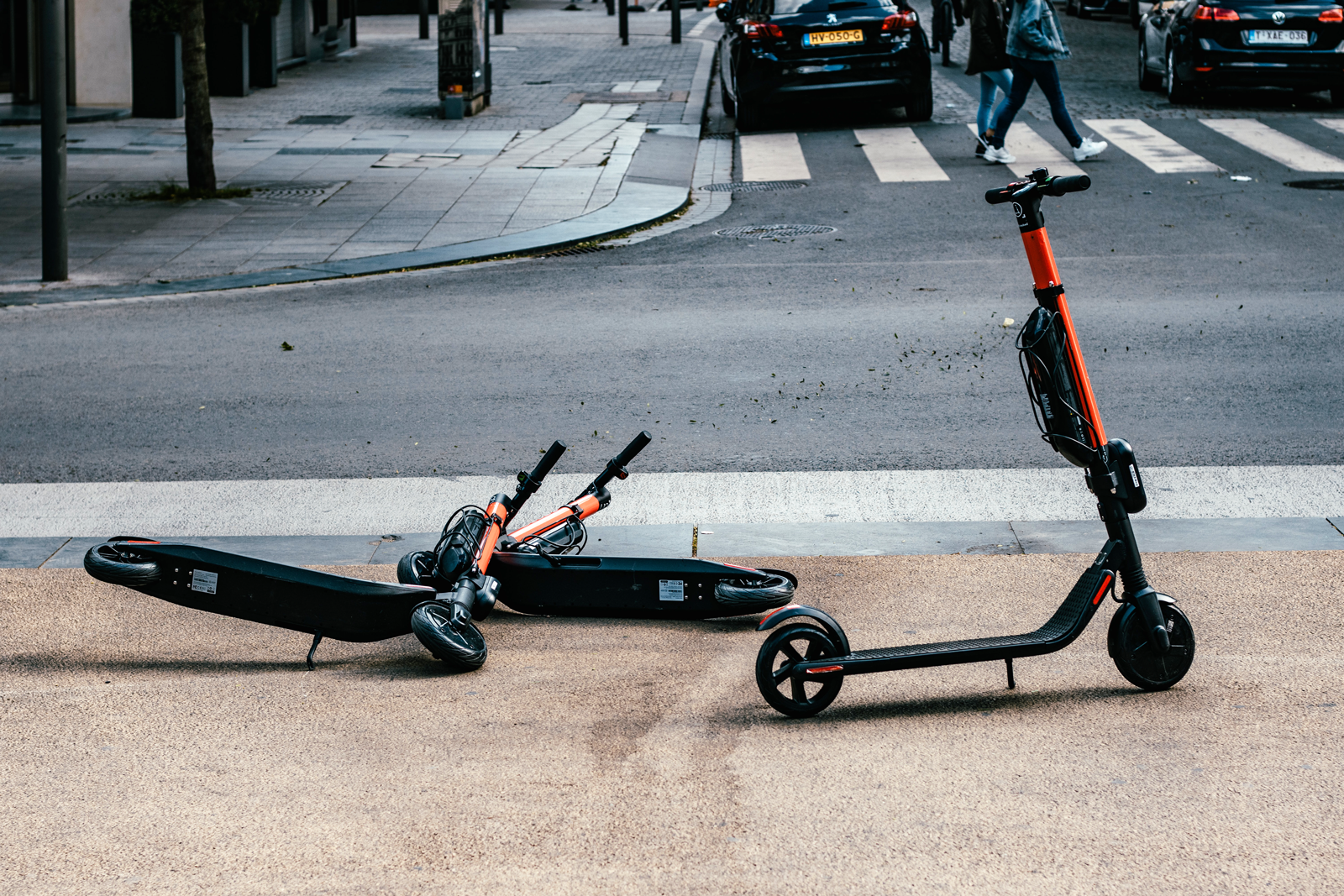