Chart of the year: When SPACs attack

SPACs are on the hunt for hot targets in technology sectors, fuelling the recent investor hype in air taxi startups. 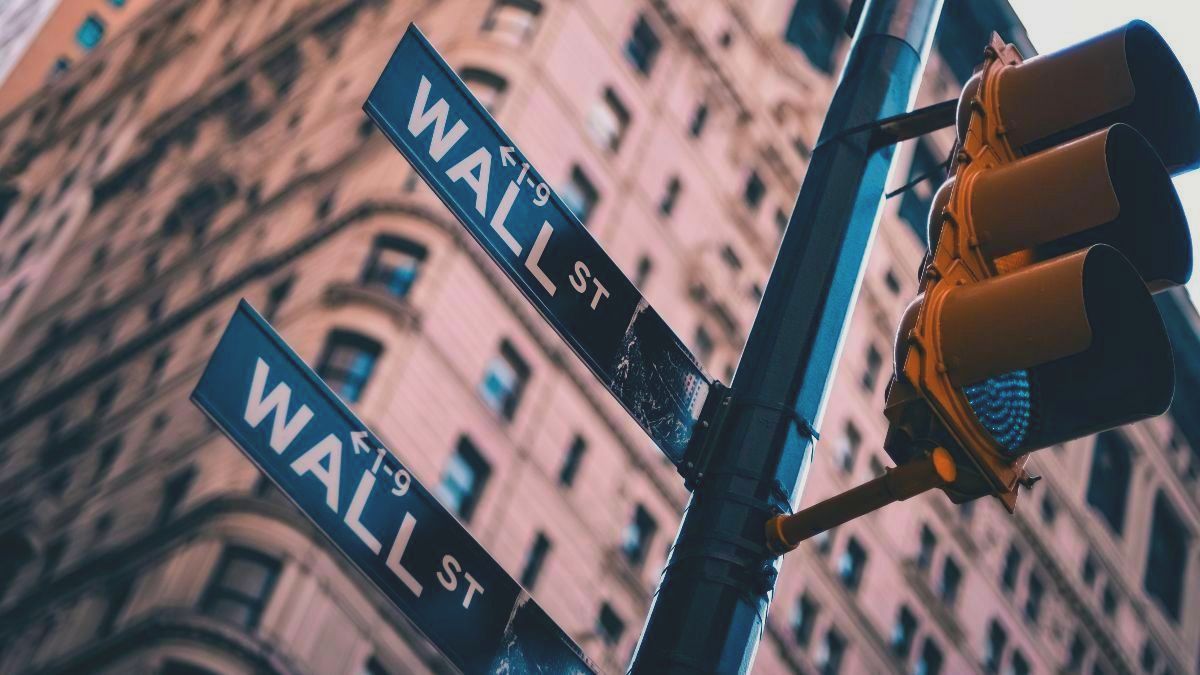 The data chart of 2021 so far comes from the Wall Street Journal who visualized the hottest thing in finance right now: SPACs.

The chart shows how the blank-check company craze has exploded on Wall Street over the past 9 months.

As of February 2021, SPACs have raised $38.3 billion in capital this year, compared with $19.8 billion by traditional IPOs.

And these figures only relate to the U.S. as the SPAC craze hasn’t even taken off in Europe yet.

To put these absolute figures into more perspective:

SPACs have pulled in more than 80% of all money raised through initial public offerings in the U.S. this year, up from 55% last year and below 30% in 2019.

Hold on a second, what is a SPAC exactly?

Their purpose is to find a private company, buy it and take it public quickly.

Some on Wall Street call them “blank-check companies’’ because the investors backing the SPAC put up their money months before an acquisition target is identified, trusting the people running the show to find a good deal.

So when a SPAC buys a firm, it merges with it in a sort of accelerated IPO process—a so-called “reverse merger”—while bypassing the normal scrutiny an IPO receives.

The bypassing of standard IPO rules is the crucial element of why SPACs have become so popular as Byrne Hobart explains spot on in his latest blog post.

The difference between IPOs and SPACs

A traditional IPO prospectus only shows a company’s backwards-looking financials, and makes heavily-qualified statements about the future.

A company that goes public through a SPAC is technically engaging in a merger, rather than an IPO, and the rules are different. When a public company buys another company, securities laws allow it to outline the company’s anticipated growth—no matter how wild.

So, SPAC offerings can talk up a company’s long-term prospects, and even make exact estimates of very optimistic future revenue—even if highly speculative.

Here is an example

When space-travel company Virgin Galactic went public through a SPAC, the company, which had generated minimal revenue in the past, was able to project $590 million in annual revenue in the year 2023, and over a quarter of a billion dollars in EBIT.

A company like Virgin Galactic would have been almost impossible to take public in a conventional way, because backward-looking financial statements showed only losses.

So long story short, SPACs allow high-risk-high-reward companies to go public—many of them being money-losing firms without any significant revenue track record up until now.

But apparently, public-company investors with a growing appetite for risky investments welcome this new option as they can get into futuristic technology companies earlier than ever before.

The link to Travel and Mobility Tech

More than 350 SPACs are now seeking deals according to SPAC Analytics, armed with more than $100 billion in cash.

And they are hunting for targets in hot tech sectors with massive market potential to find the next big thing.

Several of these large growth bets play in the Travel and Mobility Tech arena, for example, electric vehicles and, you know what’s coming, air taxis.

Bloomberg wrote an interesting piece (also citing charts from our recent Air Taxi Report) on how a huge amount of money is currently being pumped into the nascent air taxi industry thanks to SPACs.

All of a sudden, air taxi manufacturers have found themselves able to raise massive amounts of capital.

As most startups in the air taxi space have long remained highly undercapitalized despite a handful of mega VC rounds over the years, SPACs have opened up a promising way forward for many eVTOL contenders.

No wonder that half out of the eight most promising air taxi startups have all announced SPAC mergers in recent weeks, or reportedly will do so soon.

Market frontrunner Joby Aviation, for instance, will merge with a SPAC in a deal providing the Santa Cruz-based eVTOL developer with a post-money valuation north of $6.5 billion.

And flying taxis are rapidly approaching the “peak of inflated expectations,” as Gartner evaluated in their latest “hype cycle” on connected vehicles.

The question remains whether investors have the stamina to stay in for the long run as we realistically don’t expect to see air taxis criss-crossing the skies in large numbers until the middle of the next decade.

For more on current financing dynamics in the growing air taxi ecosystem, download our free report: Are Air Taxis Ready for Prime Time. 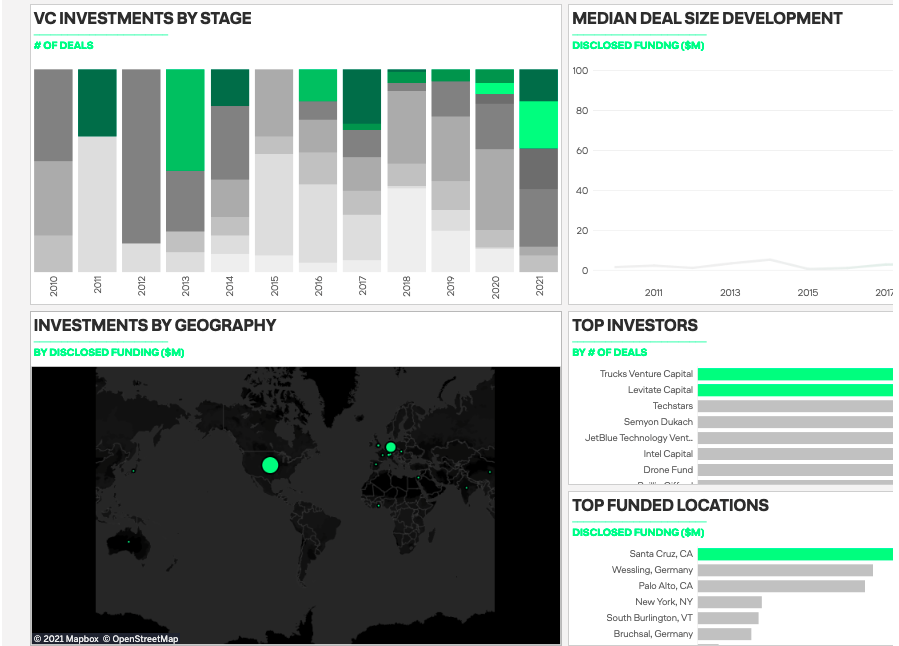 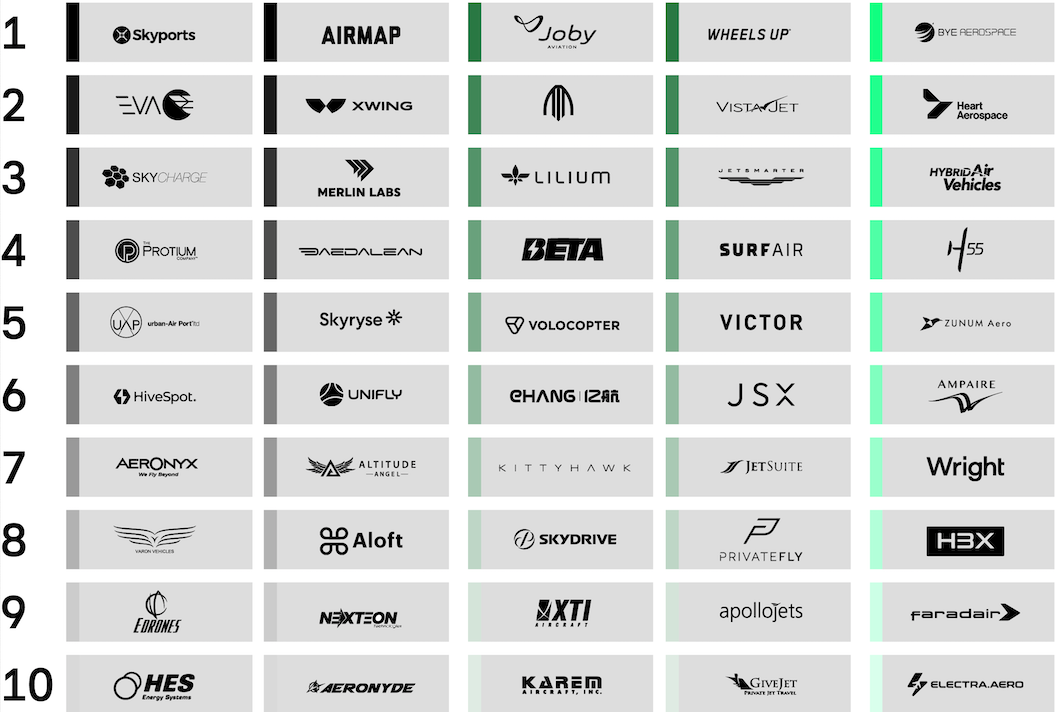 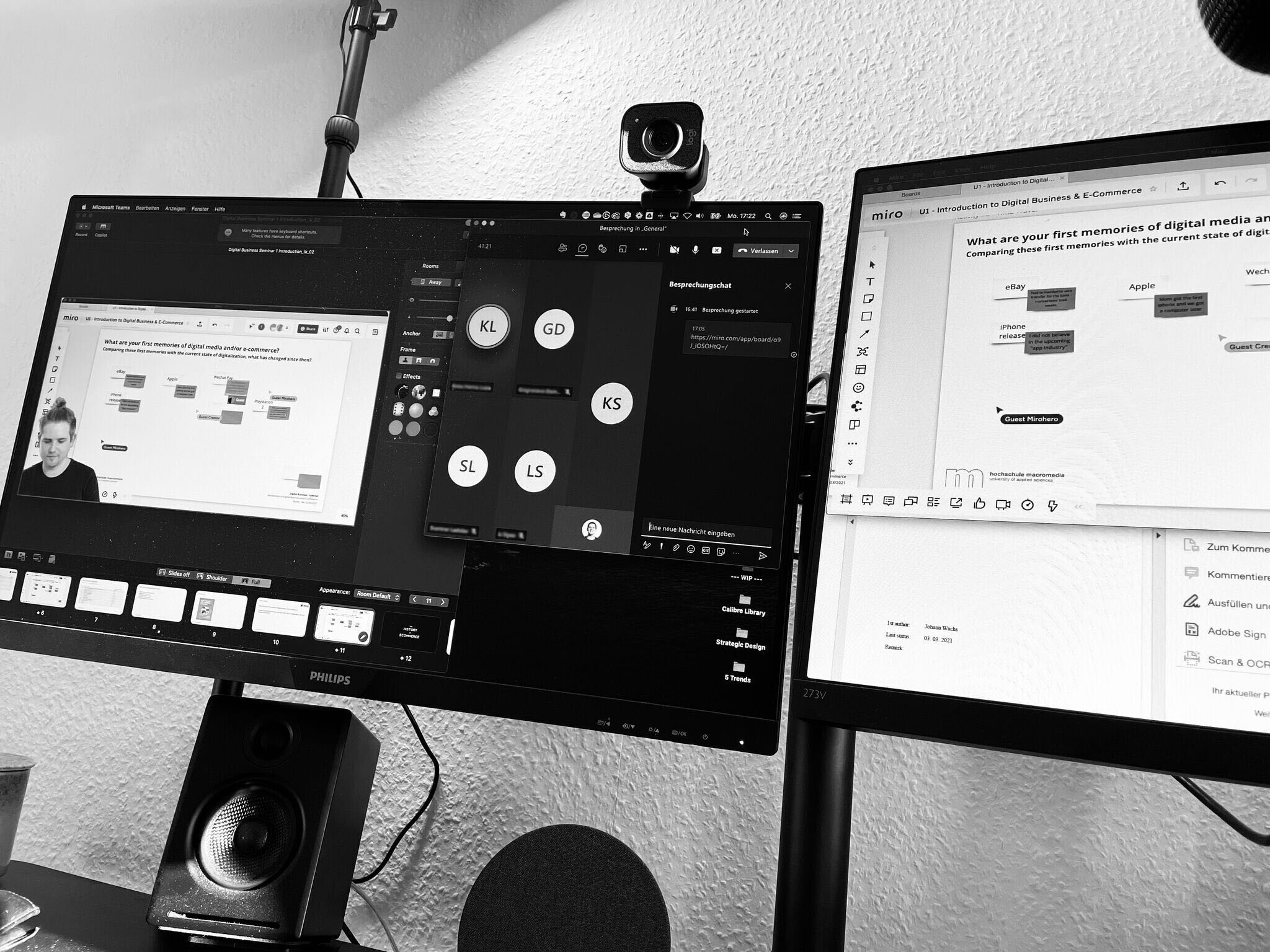 Trends in the Virtual Work Ecosystem 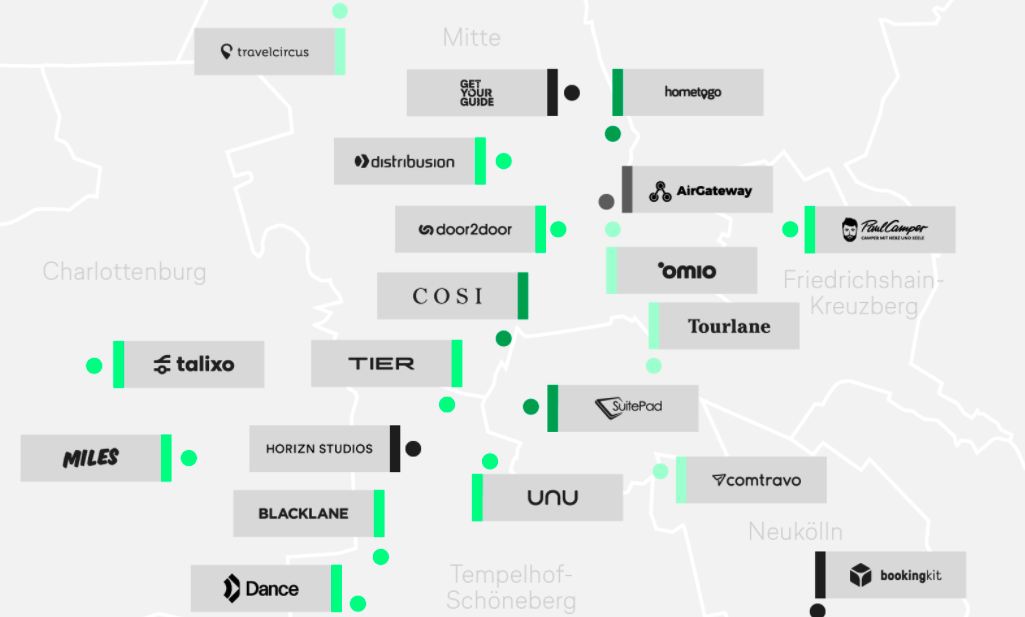 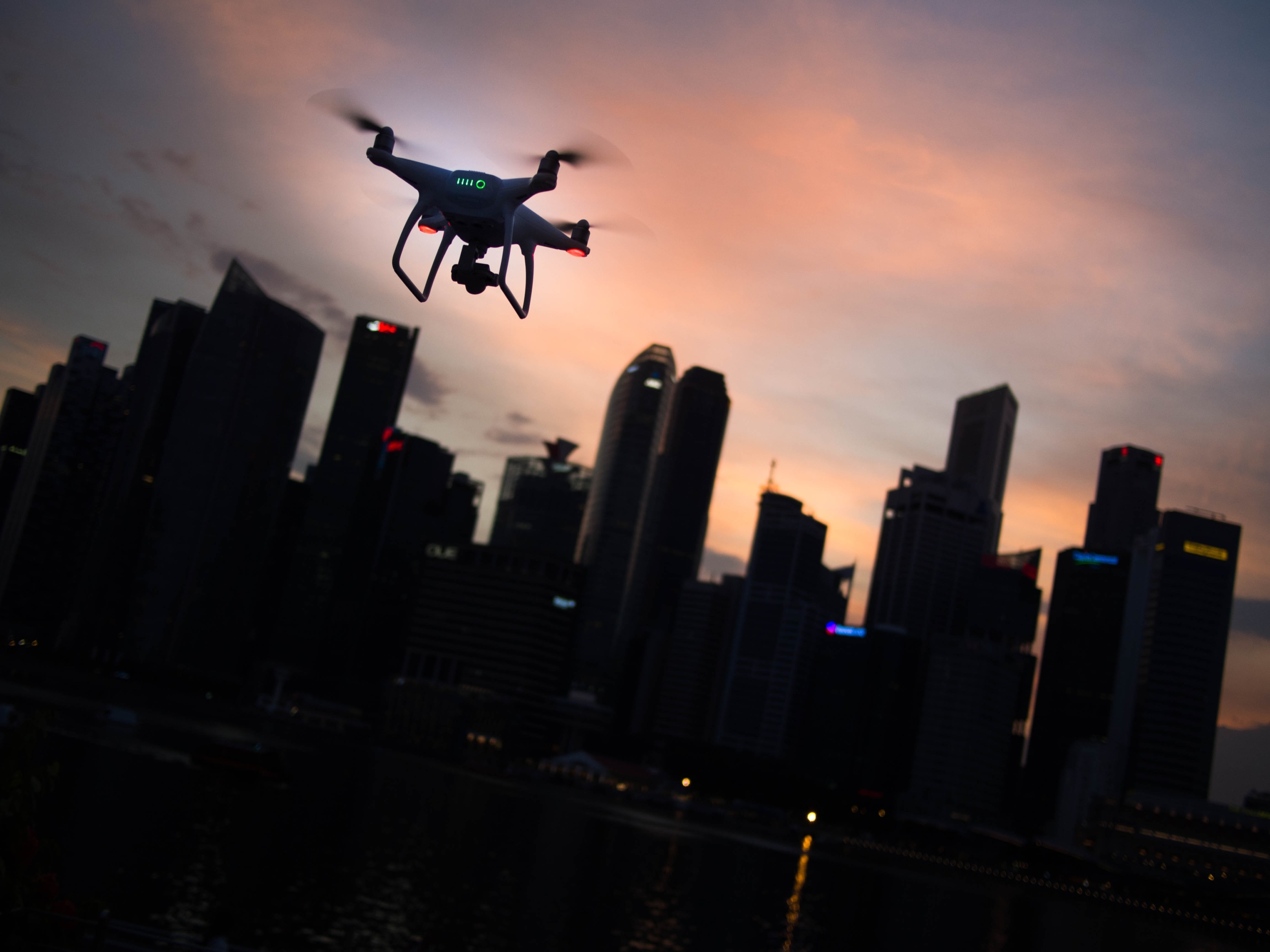 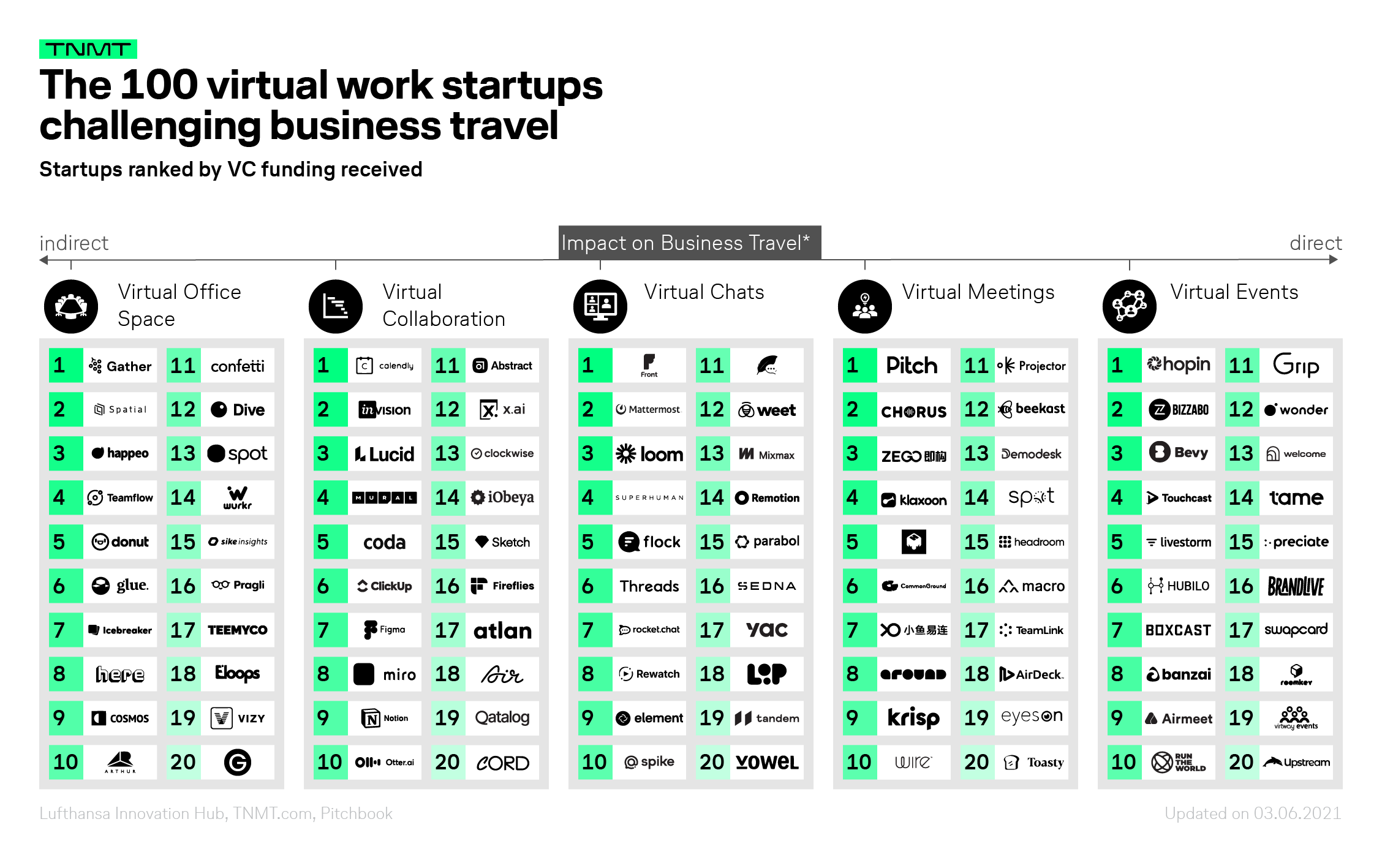 Mapping the 100 most-funded startups that challenge the need for business travel.